Meeting of U.S. RIAS Fellows in New Orleans, Louisiana coinciding with RTDNA’s Excellence in Journalism (EIJ) convention of the Radio and Television Digital News Association/Foundation (RTDNA/RTDNF) from September 17th to 20th, 2016. RTDNF is the U.S. partner organization of the RIAS BERLIN COMMISSION for more than two decades.

Sheryl Worsley was honored with the Bob Priddy Award, Harvey Nagler was presented with the Barney Oldfield Award, Rainer Hasters of the RIAS German/American exchange program was recognized with the Rob Downey Citation, named after the first executive secretary of RTDNA, and awarded to an individual who has provided outstanding service to the board. Hasters is Executive Director of the RIAS BERLIN COMMISSION and has been a fixture of the popular journalist exchange program for more than two decades. Read more… 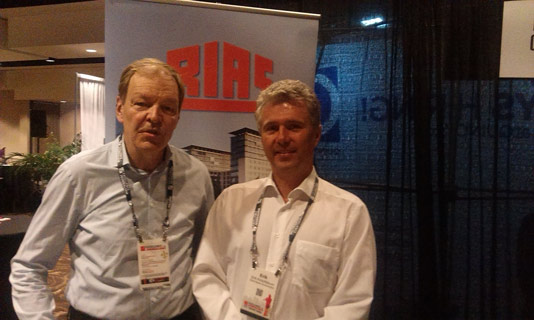 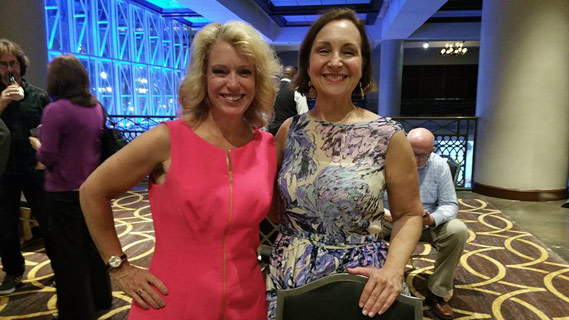 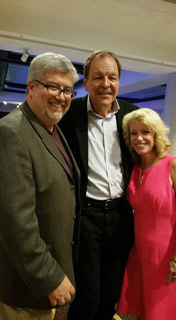 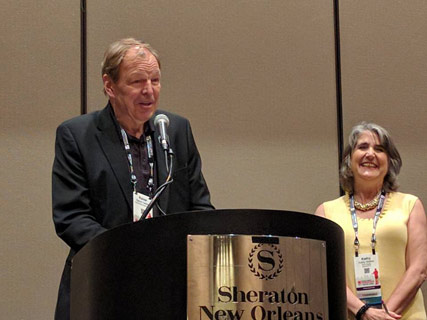 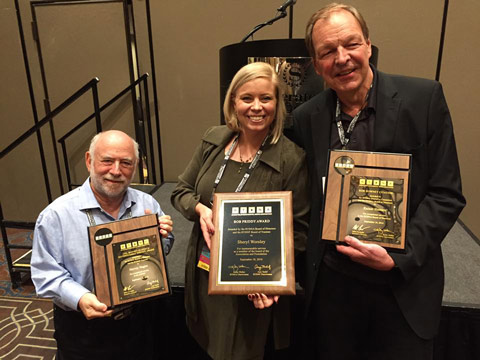 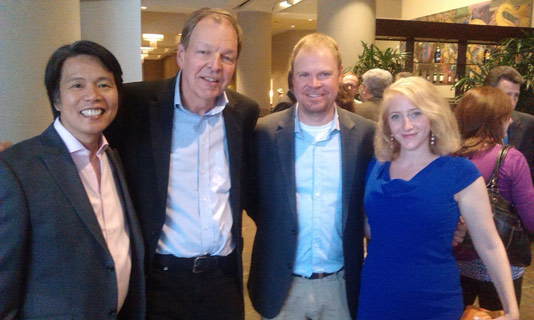 For over the past 20 years, Rainer Hasters has led the RIAS BERLIN COMMISSION as the program’s Executive Director. In that time Rainer has helped to change the lives and advance the careers of 1400 American and German journalists. Each year approximately 25 American journalists head to Berlin and Brussels, with stops along the way, to learn about German news coverage and media presentations. The groups also meet with German political figures, as well as with individuals and groups involved with the pressing issues of the day. This past June, with the most recent program of American visitors, Rainer led the group to meetings with refugee resettlement leaders, and with individual refugees in Berlin and the smaller community of Erfurt.

Not many people know that Rainer got his start in radio, as an economics reporter for SFB. In German this position would be called a Wirtschaftsredakteur for the station Sender Freies Berlin.

After several years covering businesses and financial information, Rainer became a field representative for the Konrad Adenauer Stiftung, better known as the Adenauer Foundation. For five years Rainer put together programs and meetings and workshops as the group’s Philippines based representative.

After his Philippine tour, Rainer returned to Germany for a few years, covering business affairs out of Cologne for the WDR radio network.

But the world called, again, and Rainer returned to the Adenauer Foundation and for five years worked in Jamaica as the program’s director on that tropical island.

All of this set Rainer up for the work he has been doing since 1993, and the role he has been playing as the best host Germany could ever provide.

Rainer regularly tells both the American and German groups at the end of each program that they are the ‘best group ever’. Some Fellows have figured out over the years that Rainer has used that line before. But what gives that line meaning, and what makes Rainer Hasters and the RIAS program so special, is that even with repetition, and frequent use, the line doesn’t fade in any way.

And if I may, let me paraphrase a bit here, and say, Rainer, for us, your represent the best of Germany, and of transatlantic relations. We value the friendship, and the partnership, and look forward to continued success in the years ahead.