Ceremony for the RIAS BERLIN COMMISSION Radio, TV and New Media Awards 2011 for outstanding radio, TV and new media contibutions for the mutual German-American understanding at the Haus der Kulturen der Welt in Berlin on May 14, 2011.

The awards were presented by Dr. Melinda Crane, member of the RIAS BERLIN COMMISSION and Chairwoman of the Jury. Great musical entertainment was provided by the United Big Band Berlin directed by Dr. Martin Burggaller. 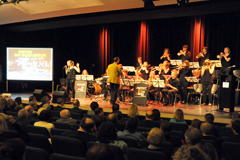 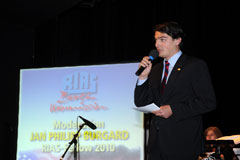 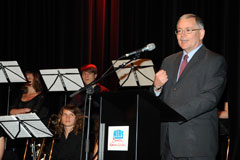 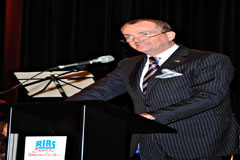 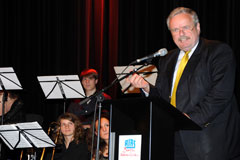 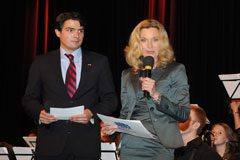 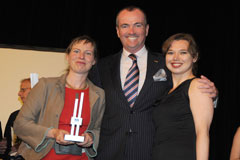 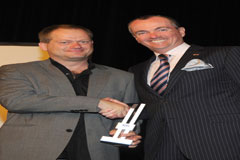 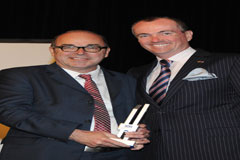 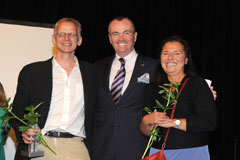 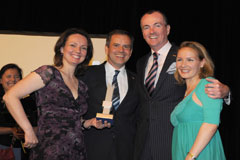 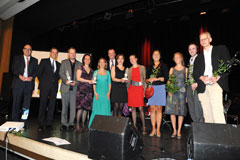 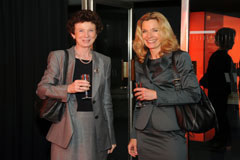 ARD dedicated a very entertaining and informative “Long Obama Night” to the 2010 U.S. midterm elections. For five hours, interrupted only by short news casts with the latest election results, the ARD correspondents gave a very detailed and diverse picture of the mood of U.S. voters. The Rias jury congratulates the whole team on a perfect mix of informative, explanatory and touching human interest reports. This is an outstanding example of the strength of the German public TV system.

Volker Barth shows in detail what happened in BP’s Deepwater Horizon disaster and sheds light on the company’s conduct and behind-the-scenes decision making. It paints a picture of BP and its contractors as they try to avoid responsibility for the biggest oil spill in history. The author did a great job in including the very human dimension of this catastrophe.

The report “My Germany — U.S. soldiers in a shattered land” documents an era which became the most important time of their lives for many young Americans and marked the way for German democracy at the same time. The occupying U.S. soldiers describe their experiences, which very slowly changed their view of the former enemy, the Germans, but also their global view and their own way of living. Mathias Haentjes shows how many personal encounters in the post-war years created — until today — fertile grounds for German-American friendship and understanding.

Arndt Peltner takes us to the most dangerous city in the world which happens to be right next to El Paso, Texas. Once a safe tourist destination, Mexico’s Ciudad Juarez is now a battle ground in the global drug wars. Cartel violence there already has killed nearly 7000 people. This very thorough and troubling report describes a pressing challenge facing not only Mexico and the United States but law enforcement around the world.

Yiddish is alive and well — in New York, Germany and on Deutschlandradio. Wibke Bergemanns and Charlotte Misselwitz’s whitty and poignant report “Blitzpost, Ichpod, Hoich finf!” describes a new generation discovering the language of their Eastern European grandparents. The reporters get a quick grip on the language, but find that their young subjects don’t fully embrace the relationship between German and Yiddish, especially when it digs into old wounds. The young New Yorkers’ interest in Yiddish stems from a search for their own Jewish identity — which goes beyond Zionism and the holocaust.